THIS IS WHAT MANAVGURU STRIVES FOR 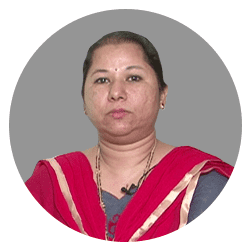 My daughter’s name is Tarini. She is very brilliant but she was unable to concentrate on her studies. Due to this, even the teachers never noticed her in her class. She was considered an average student.

Then one day we came to know about ManavGuru and his divine knowledge, through television and we were surprised to see that so many children who had the same problem are now excelling in their education. Watching so many parents talk about their children’s transformation, I became eager to learn about the divine knowledge of ManavGuru. I called on the number that flashed on my TV screen and followed their guidance.

Within months I could see drastic changes in my daughter’s education and she became enthusiastic about her studies and also extracurricular activities.

Now her teacher has made her the house captain of her school and also the assistant monitor of her class. Her teacher also trusts her with various other tasks and responsibilities. Even in school, everyone trusts her with responsibilities and considers her a smart student. Other than that, she has also started her own YouTube channel and regularly works hard for it. She has been very active in extracurricular activities as well.

We are very happy with the transformation that we are seeing in our daughter. My daughter progressed not only academically, but also physically, mentally, and socially.

Every parent in this world spends around 20 years of their lives for their children. But if your children follows ManavGuru’s guidance, then I think you will have no need to worry anymore. Your children will progress not only in their education but also in their lives and will become independent and will achieve success on their own merit. We would like to convey our thanks and regards to ManavGuru Shri Chandrashekhar Guruji for guiding us with this divine knowledge.